We use cookies to ensure the proper functioning and to measure the audience of the Pompes Japy website. You obviously have the option of changing the settings to enable or disable each category of cookies at any time.

Check to enable or disable the use of cookies. 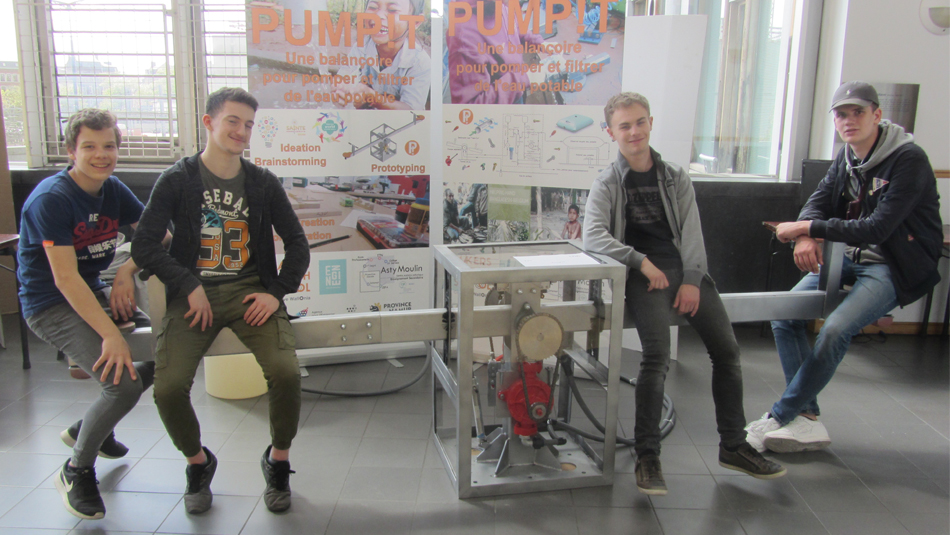 The ingenuity of the brilliant students and teachers of the Asty-Moulin centre attracted the attention of the leaders of the Helping Hand Bangladesh Belgium association. This enabled the project “Makers in Tech School” - Pump!T to see the light of day!

The origin of the Pump!T project

This all started with an idea competition organised in a primary school in Bouge, the Sainte-Marguerite school, as part of the Makers in Tech School - Pump!T project. This pilot project, developed in Namur by the Region of Wallonia, is part of the Creative Wallonia programme that seeks to stimulate innovation and entrepreneurship among the youth.

The goal of this competition was to find an idea to make the “world better”! The young prodigies were quick to suggest various innovative designs, including a machine capable of supplying drinking water.
Next, 12 students from the technical and professional fields of the Saint-Servais College in Namur, were invited to discover the world of creative economy in the context of the Creative Wallonia operation. They were thus able to gather various ideas from the previous idea competition. After familiarising themselves with the various suggestions made by their young friends of Sainte-Marguerite, these 12 students from the Asty-Moulin centre became particularly interested in the design of a see-saw.

An idea was born to couple a pump to a filter capable of cleaning surface water in order to supply a tank of drinking water in countries where access to it is difficult. A part of the unfiltered water could also be used for other purposes such as the cleaning of washrooms, for instance.
Eventually, this innovative idea was brought to the attention of the leaders of the Helping Hand Bangladesh Belgium association, an organisation working for the socioeconomic development of Bangladesh

Bangladesh, the ideal mission for the Pump!T see-saw

In this extremely humid developing country, water is abundant but the supply of drinking quality water remains rare. And for good reason - the surface water (rivers and streams) is contaminated by microbes and bacteria of all kinds, making consumption impossible. As for borehole water, drawn directly from the accessible groundwater, it is certainly cleaner, but it contains quantities of arsenic that are toxic to human health, causing a serious long-term poisoning.

The recurring issue in the developing country is access to drinking water and good quality water. In this country, where the water is either poisoned by arsenic or infected by bacteria and viruses of all kinds, access to drinking water quickly becomes a crucial matter.
The idea of these young geniuses aims to resolve this issue of access to good quality water in the rural areas of Bangladesh.

Pump!T: how does this brilliant see-saw work? 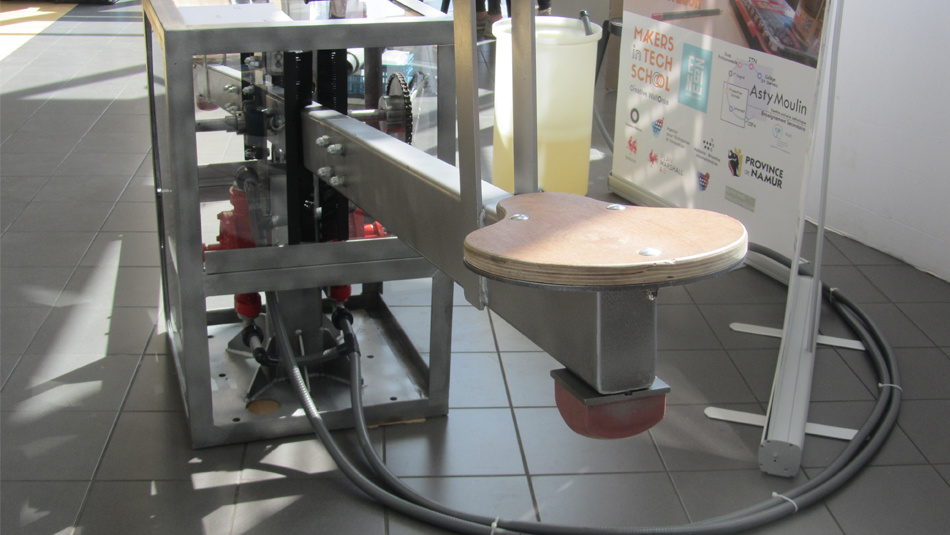 The idea is very simple; it consists of coupling a pump to a filter capable of cleaning surface water, in order to supply a tank of drinking water.
To do this, the system pumps impure surface water using two semi-rotary positive-displacement pumps that operate via a see-saw. After an initial filtration, the water circulates under pressure in an ultrafiltration module (developed in Belgium), via expansion chambers and valves used for this purpose.

The filtered and drinking water will then be stored in a reservoir with a flexible tarp. Finally, a third pump - a manual pump this time - will be used to clean the ultrafiltration module at regular intervals. In order to have a reservoir of one cubic metre of pure blue gold (water), the system requires approximately one hour of operation and a to-and-fro movement, or an oscillation movement.

The construction of this see-saw does not cause any technical difficulty. Thanks to the support of their project manager Guy Brunin, director Pascal Charlier and Pompes Japy, this group of 12 students did practically everything: design, modelling, prototyping, technical development, installation as well as communication, public relations and search for funding. The different prototypes developed one after the other were validated by professionals such as Pompes Japy.

To accomplish this ambitious project, two groups were trained in order to ensure better distribution of tasks. The younger members were in charge of the technical developments, while the older ones handled the rest.

The Pump!T project: a guaranteed success 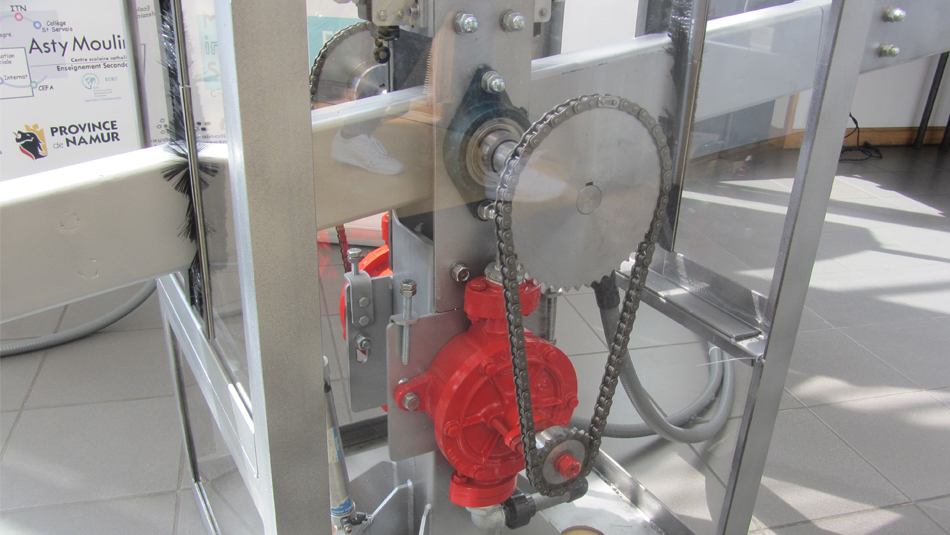 This ingenious see-saw was assembled in late March and then presented in late April at the Expo’Osons event. This is a major exhibition of science projects presented by students and organised by Ose la Science, an assembly tasked with promoting the sciences among young people.
For its very first public presentation, Pump!T displayed a Plexiglas framework in order to expose the running mechanism of the pump without any undue danger.

For the rest of the adventure, the students and teachers from the Asty-Moulin centre as well as representatives of the Helping Hand Bangladesh Belgium association visited Bangladesh in July, and more specifically the Barisal region, to install their Pump!T see-saw pump in a school.

The Pump!T experience, what the students loved

Finally, this group of creative young people left enriched with a unique humanitarian and professional experience. Beyond the creation of an innovative concept and the precious technical skills that were gained, they also did their bit in making the world a better place by making the life of an entire village easier! A veritable technical prowess that, we hope, will serve as a model for a potential commercial exploitation.